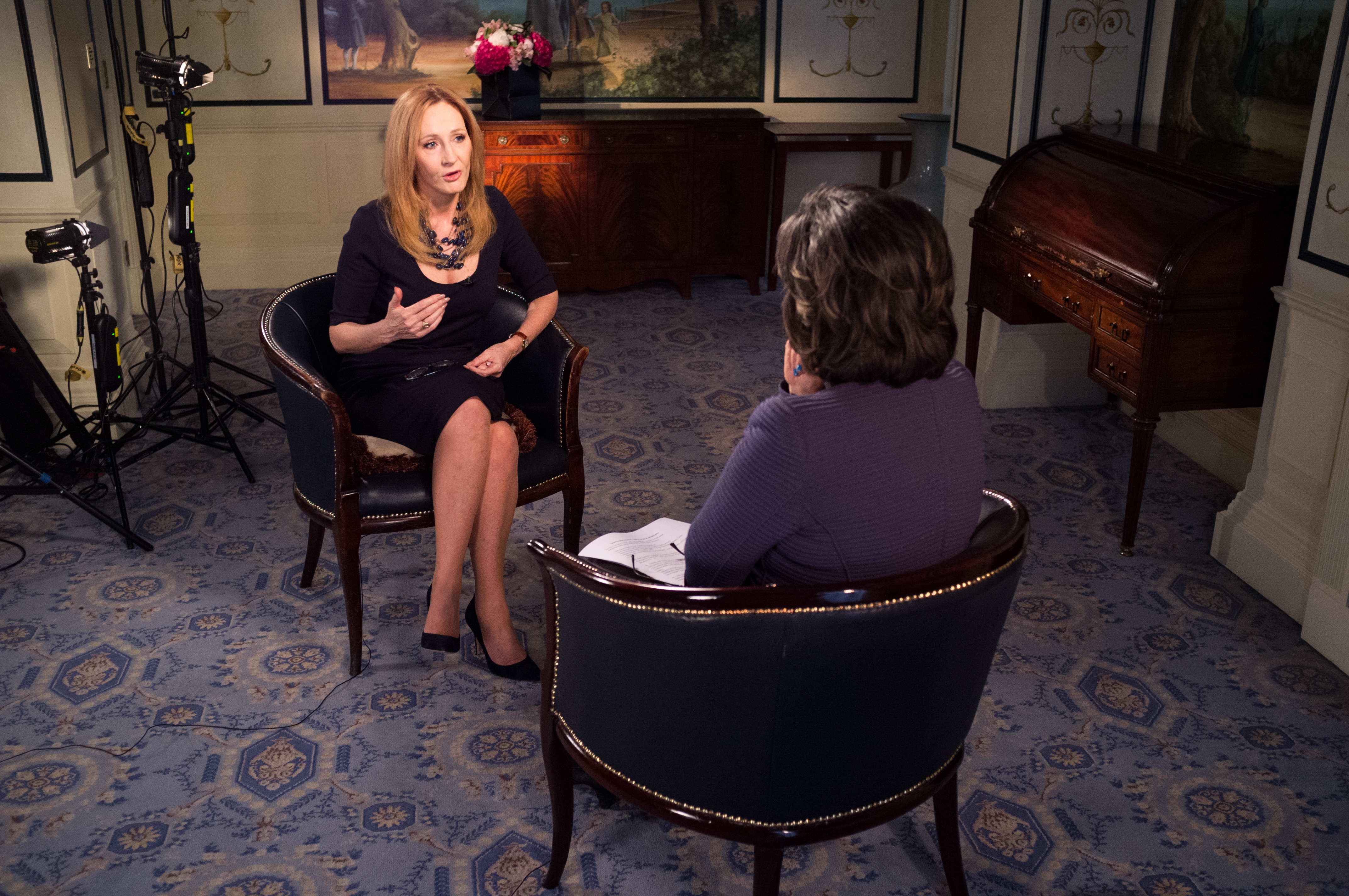 Earlier this week (10th July), J.K. Rowling spoke in depth to CNN’s Christiane Amanpour about why she was compelled to set up her own non-profit organisation, Lumos, named after the spell in the Harry Potter books that brings light to the darkest of places.  Lumos helps some of the world’s most disadvantaged children with the goal to end the harmful institutionalisation of children.

During the interview, J.K. Rowling talked movingly about how there are estimated to be 8 million children living in orphanages or other institutions around the world and how shockingly 80% of them are not actually orphans. These children are voiceless and, hidden from the world, they are vulnerable to abuse and neglect:

“These children are so hungry and thirsty for any kind of one-on-one attention that they will run and cling to total strangers…It’s a window in to why the figures show us that these institutions are often centres of trafficking, and horrendous exploitation.  And when you have witnessed the attachment disorders of these children – which have been brought about entirely by being institutionalised – you realise just how vulnerable they are to unscrupulous people.”

The author went on to explain the overwhelming reason these children are placed in institutions is poverty.  She highlighted some of the ways in which Lumos helps to transform these systems of care, working with experts on the ground, to provide support in the community and social services so that children can return to their families:

“…so the family, themselves might need day care, so we will repurpose the institution for a day care centre.  But the child’s going home every night.  The institution is often a major local employer so many people, who are not bad people, have huge vested interest in keeping the institution going.  We can retrain these people to be district nurses, social workers and carers and foster carers and so forth. …So far Lumos has retrained 30,000 professionals across 34 countries.  And we’ve got 18,000 children out of institutions.  There are cases where a child can’t go home.  We estimate 20% are orphans.  We would firstly look in the extended family – can we support the grandmother or the aunt to take the child?”

Lumos is committed to making family care for all children a global reality by 2050.

In addition, J.K. Rowling called on well-meaning donors and volunteers, who are inadvertently propping up the system of orphanages around the world, to donate and volunteer differently following a recent report by Lumos on the situation in Haiti published in The Guardian.

“One of the things that Lumos has taught me is be very, very careful how you give.  Because even if you are giving with the best of intentions, you may inadvertently be doing harm.  Very, very well-meaning donors, who are inadvertently propping up a system that we know, with nearly 80 years of hard research shows that even a well-run institution, even an institution set up with the best possible intentions, will irrevocably harm the child.”