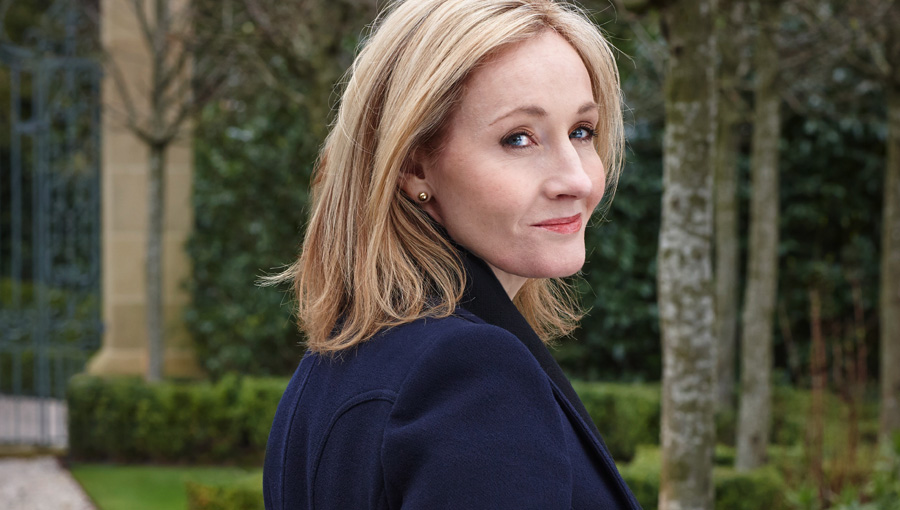 In June 2016, as the UK prepared to vote in a referendum on whether it should leave the European Union, J.K. Rowling wrote a piece for her website.  Here it is in full:

On Monsters, Villains and the EU Referendum

I’m not an expert on much, but I do know how to create a monster.

All enduring fictional bad guys encapsulate primal terrors and share certain traits. Invincible to the point of immortality, they commit atrocities without conscience and cannot be defeated by the ordinary man or by conventional means. Hannibal Lecter, Big Brother, and Lord Voldemort: all are simultaneously inhuman and superhuman and that is what frightens us most.

As this country has entered what will come to be seen as one of the most divisive and bitter political campaigns ever waged within its borders, I’ve thought a lot about the rules for creating villains. We are being asked whether we wish to remain part of the European Union and both sides of this campaign have been telling us stories. I don’t mean that in the sense of lying (although lies have certainly been told). I mean that they are appealing to us through our universal need to make sense of the world by storytelling and that they have not been afraid to conjure monsters calculated to stir up our deepest fears.

This is nothing new, of course. All political campaigns tell stories. They cast themselves as our champions, flatter us with tales of who we are or could be, sell us rose-tinted memories of the past and draw frightening pictures of the perils that lie ahead if we pick the wrong heroes. Nevertheless, the tales we have been told during this referendum have been uglier than any I can remember in my lifetime. If anyone has enjoyed this referendum, it can only be those hoping for greater personal power at the end of it.

The Leave campaign’s narrative has descended to this: we are being exploited or cheated by the EU. If we can’t see that Britain will only regain superpower status if we leave the union, we must be unpatriotic, cowardly or part of a corrupt elite.

Remainers have mostly countered, not with an optimistic vision of the union, but with bleak facts: money is pouring out of the country at the prospect of the Brexit and experts in every field think that leaving the EU will be a catastrophic mistake. Be afraid, says Remain, turn back while there’s still time: you are hurtling towards a precipice.

However, Remain are finding many ears closed to their grim prognostications. The economic crash of 2008 left a pervasive feeling in its wake that financial institutions are not to be trusted. ‘The establishment’ has become a term of blanket abuse. We live in a cynical and insecure age. Trust in disinterested sources has been shaken, while popular culture glorifies the hunch and the gut feeling. In America, they call this ‘post-truth politics’. Forget the facts, feel the fury.
The ‘Leave’ campaign is benefiting from our widespread cynicism and, unsurprisingly, fanning it. ‘People in this country have had enough of experts,’ Michael Gove declared recently on television. So what if the Financial Times, the markets and the heads of the Bank of England and the International Monetary Fund agree that Brexit will do severe damage to the economy? They’re just scaremongering, says Gove. Leaders of both campaigns want us frightened only by monsters of their choosing.

For some on the Leave side, the EU is not merely imperfect, or in need of improvement: it is villainous. The union that was born out of a collective desire never to see another war in Europe is depicted as an Orwellian monolith, Big Brotheresque in its desire for control.

Widespread confusion about what the EU does and does not do has been helpful to Leave. The results of a recent IPSOS/Mori poll reveal the depth of our ignorance. We dramatically underestimate the amount of international investment we receive from the EU, while grossly overestimating how many laws it makes, how much it spends on administration and the number of EU immigrants in this country. In some cases our guesses were out by factors of ten.
Immigrants, of course, have been at the centre of some of the nastiest arguments of this campaign. Reasoned discussion has proven nigh on impossible. Remainers insist that we retain border control and that we need immigration, not least because so many of our medical staff running the NHS come from abroad. They insist that our defensive capability and our anti-terrorist strategies are enhanced by membership of the EU. Their arguments have proven only partially successful, because Leave has been busy threatening us with another montster: a tsunami of faceless foreigners heading for our shores, among them rapists and terrorists.

It is dishonourable to suggest, as many have, that Leavers are all racists and bigots: they aren’t and it is shameful to suggest that they are. Nevertheless, it is equally nonsensical to pretend that racists and bigots aren’t flocking to the ‘Leave’ cause, or that they aren’t, in some instances, directing it. For some of us, that fact alone is enough to give us pause. The picture of Nigel Farage standing in front of a poster showing a winding line of Syrian refugees captioned ‘Breaking Point’ is, as countless people have already pointed out, an almost exact duplicate of propaganda used by the Nazis.

Nationalism is on the march across the Western world, feeding upon the terrors it seeks to inflame. Every nationalist will tell you that their nationalism is different, a natural, benign response to their country’s own particular needs and challenges, nothing to do with that nationalism of yore that ended up killing people, yet every academic study of nationalism has revealed the same key features. Your country is the greatest in the world, the nationalist cries, and anyone who isn’t chanting that is a traitor! Drape yourself in the flag: doesn’t that make you feel bigger and more powerful? Finding the present scary? We’ve got a golden past to sell you, a mythical age that will dawn again once we’ve got rid of the Mexicans/left the EU/annexed Ukraine! Now place your trust in our simplistic slogans and enjoy your rage aginst the Other!

Look towards the Republican Party in America and shudder. ‘Make America Great Again!’ cries a man who is fascist in all but name. His stubby fingers are currently within horrifyingly close reach of America’s nuclear codes. He achieved this pre-eminence by proposing crude, unworkable solutions to complex threats. Terrorism? ‘Ban all Muslims!’ Immigration? ‘Build a wall!’ He has the temperament of an unstable nightclub bouncer, jeers at violence when it breaks out at his rallies and wears his disdain for women and minorities with pride. God help America. God help us all.

Donald Trump supports the break up of the EU. The inheritor of a family fortune, he has never needed to cooperate or collaborate and he appears incapable of understanding complexity or nuance. Of foreign leaders or would-be leaders, Trump is joined only by Vladimir Putin and Marine le Pen in urging Brexit upon the UK. Other than those three, there is no major political leader who isn’t begging Britain to stay put, for the political and economic stability of Europe and the wider world.

I’m the mongrel product of this European continent and I’m an internationalist. I was raised by a Francophile mother whose family was proud of their part-French heritage. My French ancestors lived in the troubled province of Alsace, which spent hundreds of years being

alternately annexed by Germany and France. I’ve lived in France and Portugal and I’ve studied French and German. I love having these mulitple allegiances and cultural associations. They make me stronger, not weaker. I glory in association with the cultures of my fellow Europeans. My values are not contained or proscribed by borders. The absence of a visa when I cross the channel has symbolic value to me. I might not be in my house, but I’m still in my hometown.

The ‘Leave’ campaign is selling itself as the courageous option. Take a leap of faith, they say. Step off the cliff and let the flag catch you! With the arrogance of a bunch of mini- Trumps they swear that everything will be glorious as long as we disregard the experts and listen to them. Embrace the rage and trust your guts, which Nigel Farage undoubtedly hopes contain a suspicion of brown people, an unthinking jingoism and an indifference to the warnings of history.

For many of our countrymen, I suspect a ‘Leave’ vote will be a simple howl of frustration, a giant two fingers to the spectres that haunt our imaginations, against terrorism that seems almost supernatural in its ability to hit us in our most vulnerable places, against huge corporations who refuse to meet their basic moral obligations, against bureaucracy we are afraid will strangle us, against shadowy elites we are told are working to do us down. How easy to project all of this onto the EU, how satisfying to turn this referendum into a protest against everything about modern life that scares us, whether rationally or not.

Yet how can a retreat into selfish and insecure individualism be the right response when Europe faces genuine threats, when the bonds that tie us are so powerful, when we have come so far together? How can we hope to conquer the enormous challenges of terrorism and climate change without cooperation and collaboration?

No, I don’t think the EU’s perfect. Which human union couldn’t use improvement? From friendships, marriages, families and workplaces, all the way up to political parties, governments and cultural economic unions, there will be flaws and disagreements. Because we’re human. Because we’re imperfect. So why bother building these ambitious alliances and communities? Because they protect and empower us, because they enable bigger and better achievements than we can manage alone. We should be proud of our enduring desire to join together, seeking better, safer, fairer lives, for ourselves and for millions of others.

The research demonstrates that we don’t know what we’ve got. Ignorant of what it gives us, we take the benefits of EU membership for granted. In a few days’ time, we’ll have to decide which monsters we believe are real and which illusory. Everything is going to come down to whose story we like best, but at the moment we vote, we stop being readers and become authors. The ending of this story, whether happy or not, will be written by us.