A new edition of Fantastic Beasts and Where to Find Them is available today, with six extra beasts and a new foreword from the pen of Magizoologist Newt Scamander, bringing the original classic book up to date with the exciting developments in J.K. Rowling’s  Wizarding World.

The hardback book is available from Bloomsbury in the UK and Scholastic in the US, while Pottermore brings us the eBook and the first digital audiobook, narrated by Eddie Redmayne.

Familiar to fans as one of the textbooks from Harry Potter’s days at Hogwarts, Fantastic Beasts and Where to Find Them was first published in 2001. The fictional book was ‘written’ by Newt Scamander – the hero of J.K. Rowling’s debut screenplay and the film of the same name.

Other Hogwarts Library books, Quidditch Through the Ages and The Tales of Beedle the Bard, have also been brought up to date with new covers.

Proceeds from the sale of these books will go towards Comic Relief and Lumos, J.K. Rowling’s international children’s charity. Both charities aim to help some of the world’s most vulnerable children and young people to have a better life. 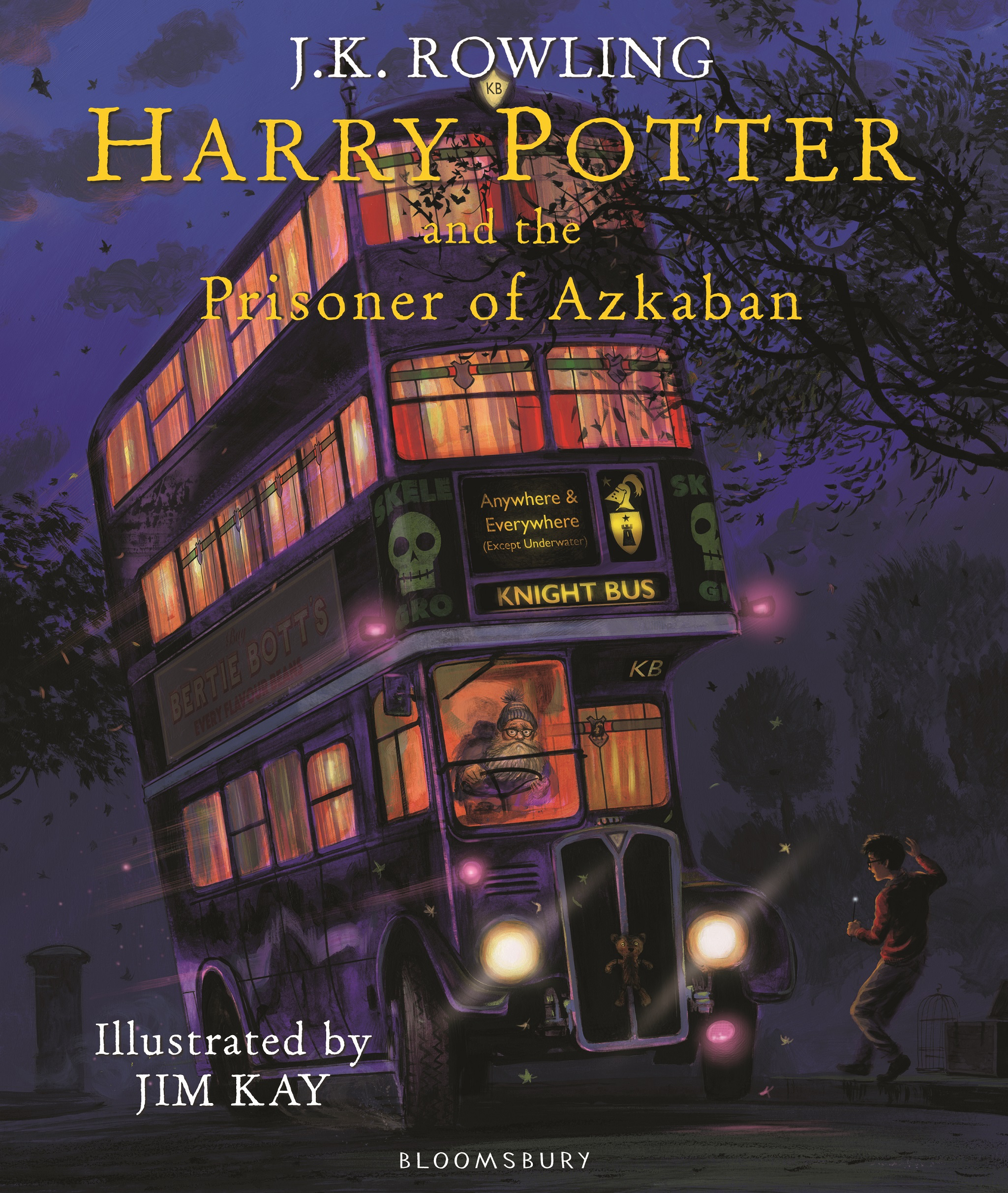 The striking cover illustration reveals Jim’s imagining of the iconic Knight Bus that whisks Harry off to Diagon Alley at the beginning of the book, in all its purple glory. And you can see more of Jim Kay’s Azkaban artwork exclusively on Pottermore.com

This new illustrated hardback edition will be published in English on Tuesday 3rd October 2017.